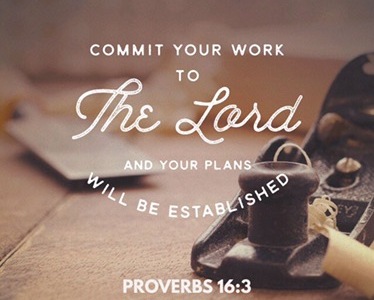 “The plans of the heart belong to man, but the answer of the tongue is from the Lord.”‭‭Proverbs‬ ‭16:1‬ ‭ESV

Roland and I were newlyweds at that point. We were young and excited to embark on life together. Things were not always easy, as anticipated, but we made sound plans for the future. We planned foreign excursions, budgeting, home ownership, and eventually a family. But that October afternoon was when I realized that God had a completely different plan for our lives at that point, one for which I was not quite sure that I was ready.

That season in my life changed my view on life and planning and living for the future. I decided that I would not make such a concrete life plan for myself or our family. I would devote my future to God’s hands.

I would still have goals — reachable goals — in my heart. I would still go after them. But I would not tie myself down by setting such specific goals so that I could allow room for God.

And that’s great and all, but…

My goals were too reachable. My goals did not make me wonder how I could make them happen. They were small enough that they didn’t seem impossible and low enough on my priority list that my world wouldn’t be shattered if God stepped in again and messed up the plans.

But I heard God speak the other day. “Why are you thinking so realistically? Don’t look at the numbers, just dream.”

The truth is I was putting my goals and dreams inside of a box just small enough for me to still have some sort of control over them (or to keep what I would potentially have to give up to a minimum). As such, I was putting God in a box.

All these years, I never realized it. I thought I was being a good Christian by allowing my future to be so open-ended, enough for Him to freely play around with it.

My thought process was not bad. A “Lord, guide me” approach requires faith that God will take you where He needs you. Acknowledging that His ways are higher than mine (Isaiah 55:8-9) is biblical.

But I also let fear get in the way. For a short while, I was angry with God that October four years ago. I didn’t understand why or how He would take the dreams I had and not allow me to live them out as I had planned. I wanted my future to play out a certain way and it did not. I was scared that I would dream up another future that would also not happen.

The truth is, four years ago, I did not see where I would be today. In some senses, I am where I swore I would never be and in others, I’m in a better place than I could have imagined then. No matter the dreams or goals that I have today, no matter the plans I make, however detailed, I still will not be able to see four years down the line, let alone forty.

In the meantime, God is placing dreams in my heart. In some areas of my life, I feel more of a burning desire to just go out and do and in some other areas, I still have some apprehension as I wait for God to speak. Some of the dreams He has placed in my heart seem completely impossible. Some seem hard but I have a heart that is ready. None seem easy. 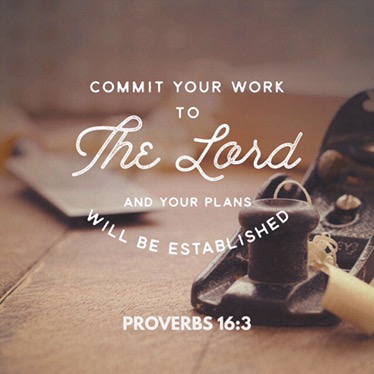 I mentioned in my last post that God has created me (as He has created you) for special purposes. I trust that the dreams that He puts in my heart are things to further His kingdom, ways for me to live out that purpose.

I cannot continue to keep God in a box by dreaming small, by having goals that I can easily attain in my flesh. If I do, I don’t have a reason for Him to be in my life.

I’m not one of those moms who is too busy or tired to shower on a specific day. I don’t care how tired I am, or how much has to be done, I shower every day. (I do give credit to my husband here for his help in the evening so that I CAN shower!) It’s my favorite time to unwind at the end of the day. It’s my favorite place to think.

One Friday night in the shower, my mind went to all of the medical bills that we have to pay and all the things we want to save for and student loan payments and credit card payments and wondering how to hold a job without sacrificing family time at night and without sending 2/3 of my paycheck to childcare. I was particularly stressed, and no matter how hot the water was, it did not soothe any of it.

I got out of the shower and opened up My Utmost For His Highest (my favorite devotional book). The verse stood out right away — “come to me all who are weary and burdened, and I will give you rest” (Matthew 11:28). Immediately, I prayed, I worshipped, I felt peace.

In an instant, I didn’t have the weight on my shoulders. But I still could not get the thoughts about money out of my head. I thought, “God, if we could just make $xx,000 then I wouldn’t worry.”

That’s when I heard it.

I’m not called to have everything together. I’m not supposed to do everything by myself. Life is definitely not perfect and there are dreams that I want to attain that I don’t know how I possibly could or would. I just have to trust, even if it means my plans will mess up.

My year started out with this word too. On January 2, my son Ethan (who was 7 weeks old at the time) was rushed to the ER because he was sick and could not eat and was very dehydrated. It was the new year and I just wanted to spend time with my family as a whole, and my newborn baby had just been diagnosed with RSV. But the ER visit turned into a night at the hospital and then a middle-of-the-night ambulance ride to the PICU at another hospital when he was fighting for his life because he was working so hard to breathe. In all, we spent almost a week at the hospital, but it was on day 3 that I realized that I have to surrender my wants and focus on God and worship all that He is. I had to trust that this happened for a reason, that my helpless son was in the best place to get better, and that my God was in control. I had to trust that we were going to come out the other end and think “wow, I cannot believe that happened. And look how far we’ve come!”

I knew at that moment that the timing was not a coincidence. I don’t know why my baby had to fight for his life, but I understood that 2016 started like that for a reason. I knew it would set the tone for my year. And I truly believe that the reason (or one of them) for me being there was to refocus on God and His plan for my life.

I have a plan for my life. I have a timeline for when things could/should happen, for everything to work out as ideally as possible in my human mind. But, as a friend reminded me the other day, and as I have seen in my own life, God laughs at our plans. He doesn’t laugh because they’re funny or silly, but because we’re so simple minded. We can only see so much and therefore cannot fathom all there is to go through in this life.

There WILL be troubles, but even with what I picture to be an ideal circumstance, God has a plan for me that will blow my mind.

I choose to trust Him.

This picture’s a bit old... But I’ve been holding on to it, should ever I open a blog on Wordpress or something. It’s not my favorite one, but for some reason, it seemed to scream “Hi, I’m Samantha and this is my writing blog!” (Am I the only one who gets this sense?) . I don’t have a blog. Nor are there any current plans to open one up. BUT. I have been working tirelessly on something for the past few weeks. I’ve been weepy and emotional and sick and excited and humbled and a bit unfazed all at once. Honestly, I’m not sure I really want to talk about it. But I will. Tomorrow. . [Not here, though.] . Follow me @unwaveringco if you’re the least bit curious.